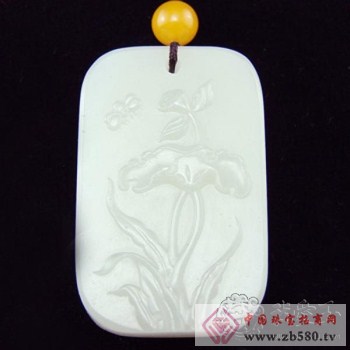 The price of Hetian jade in Xinjiang has skyrocketed in recent years. There are two reasons for this: one aspect, the exhaustion of resources and the high cost of excavation. Since 2006, with the depletion of Hetian seed jade, the state has continuously introduced relevant policies to protect the environment, prohibiting large excavators from entering riverbed mining, and the production of Hetian seed material is greatly reduced. In addition, driven by profit, the phenomenon of excavating Hetian jade is still banned. It is said that the sales volume of excavators in Hotan area ranks first in the country (Hetian area, equivalent to prefecture-level city), and the sales volume of excavators is the first; The increase in costs has led to an increase in the cost of mining Hetian jade. On the other hand, since the reform and opening up, the wealth of people has grown larger, more people are involved in the collection and investment of art, and a large amount of financial capital has flowed into the domestic and inter-circle auction markets. The price of China's top art has quickly jumped to 100 million. At the Yuan level, the price of ancient jade articles rose by an alarming amount, which also drove the price of Hetian jade and stone carvings to soar, reflecting the value that Hetian jade should have as a â€œnational stoneâ€.

Although the price of Hetian jade raw materials and products is already very high, but compared with the previous price, if it is compared with the jade, it is not high. The auction price of a pair of contemporary best jade bracelets in Hong Kong is more than 20 million yuan, while the highest price of a pair of contemporary best sheep fat jade bracelets is less than 2 million yuan. As an equally precious resource, the future price of Hetian jade and jadeite should also be comparable.

In a long historical period, people have called agate, crystal, chalcedony and many other "stone beauty" as jade, and later refined the concept of "jade". Xu Shen has the "five virtues" of Yu, and Confucius has the saying of "the eleven virtues" of jade, which is Hetian jade. It is because of these auras that Hetian jade has been crowned with the "true jade" and is considered to be the embodiment of spiritual, moral and human glory.

So, from a scientific point of view, what is jade? In 1840, the Frenchman Mulder analyzed the various jade he collected with modern scientific experiments, and determined that Chinese jade should be divided into jade and nephrite. Jadeite is jade, the origin is in Myanmar today, and it is very popular in China; nephrite is all jade in China represented by Hetian jade. Simply put, jadeite is jade; there are many varieties of nephrite. It should be noted that nephrite is a kind of title, it does not mean that jade is soft, and the hardness and density of Hetian jade and jade are almost the same. Jade is distinguished from tremolite, serpentine, and quartz by chemical composition. Among them, Hetian jade, jade jade, Dushan jade and some jade jade have a long history of processing and utilizing people. Many precious cultural relics such as jade, ornaments and pieces of the Forbidden City in Beijing are carved with Hetian jade. In the Yuan Dynasty, the Yushan Da Yuhai was ordered by Kublai Khan in the second year of the Yuan Dynasty (1265). Kublai Khan was a god, and it was made of Dushan jade. The prototype of the Chinese dragon, the Hongshan culture, the jade pig is made of jade. The development and utilization of Huanglongyu is a matter of nearly a decade. The popularity of Huanglong jade carving in the market has only arisen in recent years.

Traditionally, Hetian jade refers to jade produced in the Hetian region of Xinjiang and surrounding areas, with the most representative seed material. The seed material is a pebbly jade formed by the flow of river water, ranging in size from large to several tons and small to a few grams. What is rare in the seed material is the seed material, which is the color produced by the erosion of various materials in the geological age of jade. The same piece of seed material, the skin is many times higher than the price of no skin, so some people say that "buy seed material is to buy leather, skin is more expensive than jade." Therefore, some unscrupulous people specialize in making fake leather for jade materials, some of which are enough to make the real thing, and it is hard to prevent the identification of Hetian jade's leather fake skin is the basic skill of playing seed materials.

Velveteen Fleece Fabric is a soft insulating synthetic wool fabric made from PET or other synthetic fibers. One of the first forms was Polar Fleece created in 1979 by Malden Mills, a new, light and strong pile fabric meant to mimic and in some ways surpass wool. Fleece has some of wool`s finest qualities but weighs a fraction of the lightest available woolens.

Fleece fabric , as it is light, warm, plushy, soft touch, easy to wash, and most of all, cheap, is very popular in our household productions. Polester fleece has a lot of various styles due to the different weaving, technology, artwork, finish processing... it can be vaious and unique as per customers requests. Fleece blankets are most preferable due to its multi-purpose usage for bedding, snap, sofa, travel and babies use, pets use. We manufacture popular fleece fabric including Coral Fleece Blanket, Flannel Fleece Blanket, Polar Fleece Blanket, velveteen Fleece Blanket , and other home textiles etc- According to the seasons and weather, the size and the weight of our blankets differ accordingly. Customers' OEM designs and patterns are strictly protected, with us, your products are of good quality and under guaranteed.